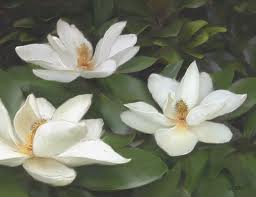 Ramanuja was a Hindu theologian, philosopher, and expert in the Vedas. He was born in a Tamil Brahmin family in the village of Sriperumbudur, Tamil Nadu. He is also known as Sri Ramanujacharya, Udayavar, Ethirajar, Emberumannar and Lakshmana Muni. He is considered as one of the foremost teachers of Vaishnavism (followers of Lord Vishnu) and  the leading expounder of Vishishtadvaita, one of the classical interpretations of the dominant Vedanta school of Hindu philosophy.

It happened that one of the great devotees of India, Ramanuja, was passing through a town. A man came, and the man must have been the type that ordinarily is attracted towards religion: the ascetic type, the man who tries to live without love. Nobody has ever succeeded. Nobody will ever succeed, because love is the basic energy of life and existence. Nobody can succeed against it.

Ramanuja looked at the man, and you can see when a man is against love; he is like a dead rock, completely dried, with no heart.

Ramanuja said, “First tell me few things: have you ever loved anybody?”

The man was shocked because a person like Ramanuja talking about love? – such ordinary worldly things?

He said, “What are you saying? I am a religious man. I have never loved anybody.” 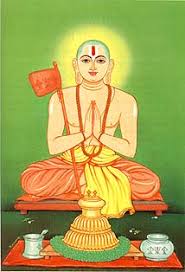 Ramanuja persisted. He said, “You just close your eyes and think a little. You may have loved, even if you are against. You may not have loved in reality, but in imagination…”

The man said, “I am absolutely against love, because love is the whole pattern of maya and illusion, and I want to get out of this world, and love is the cause people cannot get out of it. No, not even in imagination!”

Ramanuja persisted. He said, “Just look within. Sometimes in dream a love object may have appeared.”

Ramanuja became sad, and he said, “I cannot help you, because a man who has not known love, how can he know prayer?”

Because prayer is the most refined love, the essential love – as if the body has disappeared, only the spirit of love has remained; as if the lamp is no more there, just the flame; as if the flower has disappeared into the earth, but the fragrance is lingering in the air – that is prayer.

You could call me Dame Quixote! I tilt at windmills. I have an opinion on most matters. What I don't have, my husband Raju has in plenty. Writer and story teller, columnist and contributer of articles, blogs, poems, travelogues and essays to Chennai newspapers, national magazines and websites, I review and edit books for publishers and have specialized as a Culinary Editor and contributed content, edited and collaborated on Cookbooks. My other major interest used to be acting on Tamil and English stage, Indian cinema and TV. I am a wordsmith, a voracious reader, crossword buff and write about India's heritage, culture and traditions. I am interested in Vedanta nowadays. I am now an Armchair traveller/opinionator/busybody!
View all posts by padmum →
This entry was posted in Life skills, Society, Spirituality and tagged disciple, divinity, love, prayer, Ramanuja. Bookmark the permalink.

4 Responses to Prayer and Love