Today we are celebrating the 68th Independence Day…and what I wrote then and what is there today has not changed much, has it? There is a different party in the hot seat the old party has been foaming in the mouth and getting hot under their collar screaming much ado about nothing! Read on please………. 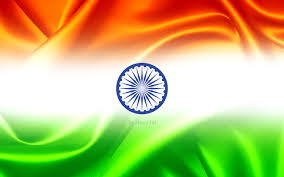 India has celebrated its sixtieth Independence Day. What freedom meant to a generation that many years ago, what it implied for generations between then and now and what it will mean to the now-gen years down the line are many different things.

Then: There was a strong ‘Purna Swaraj’ movement for freedom led by Gandhiji and his non-violent movement. It was a cry against being exploited by a colonial oppressor that had no right to rule this country. Their mission was Rule Britannia and make money out of ‘the natives’. People from all walks of life- educationists, lawyers, doctors and people in business, art, literature, cinema, music and above all the common man took up the cry for independence and freedom.

The decades in-between: After freedom the land and its people came to grips with democracy. Kumbakarna the huge giant, was woken up to face a war against poverty, disease and exploitation. People were free to elect their representatives to carry their local problems to a central authority. This difficult task included bristling neighbours and faction-ridden communities each fighting for superiority and control. As problems and issues got resolved, others raised their ugly head like Ravana who could not be destroyed by merely chopping off his head. Many Ramas’ came into the fray searching for total solutions, but there was no respite.

Freedom began to mean many things to many people—to exploit, to maim and murder, to climb on the corpses of less able, less empowered or less accomplished people. It was freedom to amass wealth and privilege and license to transgress laws that went unpunished. The common man watched in disbelief as his previous condition at the hands of the foreigner had not improved much in the hands of his own countrymen. The elected rulers were equally indifferent to the country and its people.

The new century: Six years down the line there is an overt evidence of a better nation. This is a copycat image of the western world with its symbols of affluence that has been built up on the work and toil of millions of worker bees in agriculture, manufacturing, services industries and white-collar drones that have benefited marginally from their toil or not at all. Yet they have their own freedom to dream—of a better future for their children, a higher education and standard of living, a house over their head and food in their bellies. This freedom to dream and to work towards a better tomorrow is the framework for the country’s potential prosperity.

The now gen: Their idea of freedom is to be free of authority, of parental control, of social norms and expectations. Their image of freedom is to ride in the wind on the wings of detachment, with no commitments and many want to enjoy life with no thoughts of the future or concern for others.

Ironically, this living for today has been created by the loss of an important freedom. Militants and terrorists who hold innocent lives in their ideological hands have snatched this freedom of life expectancy. The freedom to live without fear, to travel as you please, to use public transport that facilitates the daily grind of life, to go in search of entertainment is now ransom in the hands of a few.

The freedom to breathe pure air, to drink pure water, to live a healthy life is now hostage to a greedy and environment degrading community that chases the big bucks, come what may.

Will future generations have the freedom to search for an alternative life in another planet? Time will tell……..

You could call me Dame Quixote! I tilt at windmills. I have an opinion on most matters. What I don't have, my husband Raju has in plenty. Writer and story teller, columnist and contributer of articles, blogs, poems, travelogues and essays to Chennai newspapers, national magazines and websites, I review and edit books for publishers and have specialized as a Culinary Editor and contributed content, edited and collaborated on Cookbooks. My other major interest used to be acting on Tamil and English stage, Indian cinema and TV. I am a wordsmith, a voracious reader, crossword buff and write about India's heritage, culture and traditions. I am interested in Vedanta nowadays. I am now an Armchair traveller/opinionator/busybody!
View all posts by padmum →
This entry was posted in Current Events, Society and tagged better future, dream, Freedom, generation, Independence Day, India. Bookmark the permalink.