Demonetisation 2016–PC and his doubts

The Government’s decision to demonetize the 1000 and 500 rupee notes has been criticized by the former FM Mr. Chidambaram (PC). 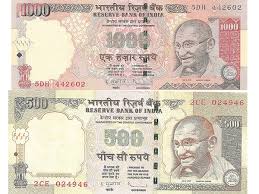 The sudden and swift move has caught all hoarders of black money unawares providing no major loophole to protect their holdings. Their opposition to the Government’s deft move is understandable. However PC is no ordinary person. He is a Harvard alumnus, top Supreme Court lawyer, former distinguished Finance Minister whose views and advice are sought by top business houses. He has an impressive following. His criticism of the Government’s demonetization move is surprising, in view of his intimate knowledge and hands on experience. He says he is perplexed. It is not clear why he has chosen to echo the seemingly inane arguments of his fellow politicians on this occasion. It is necessary to examine the arguments and assertions of this legal luminary.

PC, like his party men, is shedding tears for the long queues of the common man to exchange their meagre holdings. He pretends that he has never witnessed long queues in India. Queues are a common feature of life in India, whether they are in front of a ration shop, or for school admission, voting in elections or for rail or cinema tickets. This is the mildest form of suffering that a common man has got used to, thanks to Congress party’s long innings as rulers of this country. The present temporary queues are for a superior national cause and the country men will gladly suffer it. Of course privileged VIPs have never been subjected to queues and it is but natural that many of them are suddenly observing them and hurriedly using the phenomenon as a weapon to attack the Government.

The next question in PC’s mind is why the Government has put into circulation note of Rs 2000 denomination. The answer is that these notes have half the production cost and occupy half the space of Rs1000 notes, quarter of the space and cost of Rs 500 notes and 5% of the space and cost of Rs 100 notes. Correspondingly they also require less time to transport and dispense, thereby cutting the queuing time. Thus there are strong logistical and scientific reasons that the learned former FM cannot be unaware of. The Government had to keep the preparatory time minimal to minimise the  risk of a fatal leak of information that would have defeated the very purpose of the exercise.

His next objection is that it is even easier to hoard Rs 2000 notes. According to him since the new notes will simply replace the old ones, they would be hoarded the same way as before, even more easily as they are of double the earlier denomination. He cannot see how black money will be reduced. This logic would have been valid if the environment of the past few decades that had actively encouraged the amassing of black money had remained unchanged (including the Congress Government and its FM and the PM).

Fortunately 2016 is not the same as 2006. We have a determined government with a strong spine. It is pushing for cashless transactions and a cashless economy very hard on the back of digitization. The GST bill has been passed which promises to end multiple stations of tax collection accompanied by extortion. Already the income taxman is breathing down the necks of black money hoarders. The Government is aiming to put a cap on cash payments. Technology, E-commerce and secure payment systems and E-commerce (Plastic cards, NEFT, RTGS, POS payments, transparent web sites, Mobile Wallet, cloud computing, reverse auctioning etc) are enabling this at an exponentially increasing pace. Moreover governments all over the world are now promising to cooperate with the honest Indian Government to prevent bribery, terror funding, and rupee round tripping. Corruption will no more be a low risk business. Hawala and benami transactions would be curbed. Accumulation of black money will be simply far too difficult. The new notes are a new beginning on a clean slate. PM has already indicated that the number of Rs2000 notes will be limited and demand for high denomination notes will be curtailed by prohibiting large value payments in cash. Under the circumstances a new baby of black money has no chance of survival to become a grown up monster as in the previous Congress regime. The present successful operation will teach a lesson to black money holders. They will fear that a repeat of demonetization vis-a-vis the new 2000 rupee notes will ground them again. Hoardings on the previous scale can never happen again. Moreover once the current holdings are brought into the white banking system it will be difficult to suck them out of the system.

Historically there was no black money. Successive Congress governments parented it, nurtured it and helped it grow to the present monstrous dimensions through the regimes of ‘Licence Permit’ Raj. At one time the Income tax rate was hiked to a preposterous high of 95% making black money the logical solution to avoid the penal rate. Once the generation of black money commenced it became unstoppable. The reward/risk ratio became enormously high. The Governments made a killing by protecting black money holders and exacting a heavy price. Mock IT and customs raids were conducted after giving sufficient warning to the raided parties to hide their holdings. Do you remember a senior Central minister called Sukh Ram with sacks of currency notes and Jimmy Nagarwalla who managed to flee with Rs 60 lakhs from the Parliament Street Branch of SBI in broad day light in Indira Gandhi’s regime?

PC and his colleagues’ simplistic specious argument sounds like the last straw of a desperate drowning man. You can kill a vermin only by bringing it into the open. That is what the Government has done as a sequence to the scheme of voluntary disclosures that has just concluded by unearthing Rs 60,000 crores. All the 1000 and 500 rupee notes now being exchanged will not be given as cash. Beyond a small limit it will go into a bank accounts mount as white money that will be scrutinised and taxed. If no justification or explanation is offered for a fat increase in any bank account, heavy penalties will be levied. That is how the black money will be tracked and destroyed.

Let PC and the Congress party wait and watch before jumping the gun and shooting off their mouth!

You could call me Dame Quixote! I tilt at windmills. I have an opinion on most matters. What I don't have, my husband Raju has in plenty. Writer and story teller, columnist and contributer of articles, blogs, poems, travelogues and essays to Chennai newspapers, national magazines and websites, I review and edit books for publishers and have specialized as a Culinary Editor and contributed content, edited and collaborated on Cookbooks. My other major interest used to be acting on Tamil and English stage, Indian cinema and TV. I am a wordsmith, a voracious reader, crossword buff and write about India's heritage, culture and traditions. I am interested in Vedanta nowadays. I am now an Armchair traveller/opinionator/busybody!
View all posts by padmum →
This entry was posted in Current Events, Prof Natarajan's Blogs, Society and tagged ATM, ‘Licence Permit’ Raj, black money, circulation, Congress, Congress Party, demonetisation, economics, government, high denomination, IT and Customs raids, monetary policy, new notes, PC, politicians, queues, Rs 2000. Bookmark the permalink.

1 Response to Demonetisation 2016–PC and his doubts